I’ve been meaning to write this post for awhile now, and over the years of blogging, I’ve read so many pregnancy updates from other women, so I’m excited to write my own! I still refuse to call it a “bumpdate” though.

And before we begin, I’m not just practicing for the baby by swaddling my dog… I’m also reading baby books, so don’t worry. 😉 But let’s hope he loves me holding him like this more than Olive does. 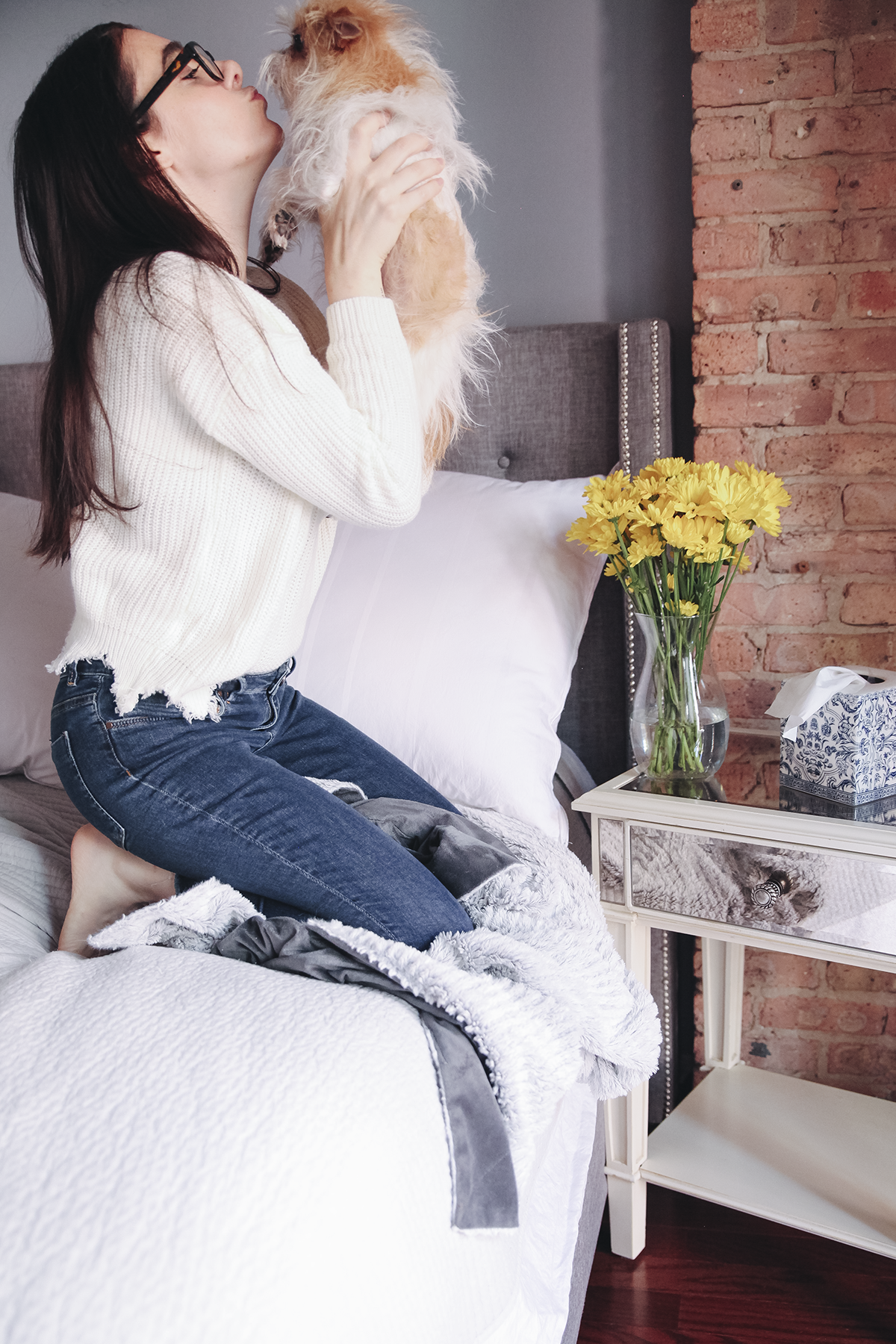 A little over a month ago I shared the exciting news that my husband and I were pregnant with our first baby! It still feels surreal to say that, and although our house is slowly but surely being taken over by baby clothing, gear, and books, I still have those holy shit I’m pregnant moments. Currently I’m 20 weeks along (I’ll be 21 weeks in two days) – well into my second trimester – and last week we had the BIG 20 week scan where they check everything on the baby. We decided to do early genetic testing at 12 weeks which ruled out a lot of things, but I was still extremely anxious to get confirmation that his organs, body, and and everything else was on track. Thankfully, all was okay and it was so amazing to see our sweet little boy! I’m slowly but surely starting to let myself relax and try and enjoy pregnancy. Unfortunately, my first trimester wasn’t the easiest for me. 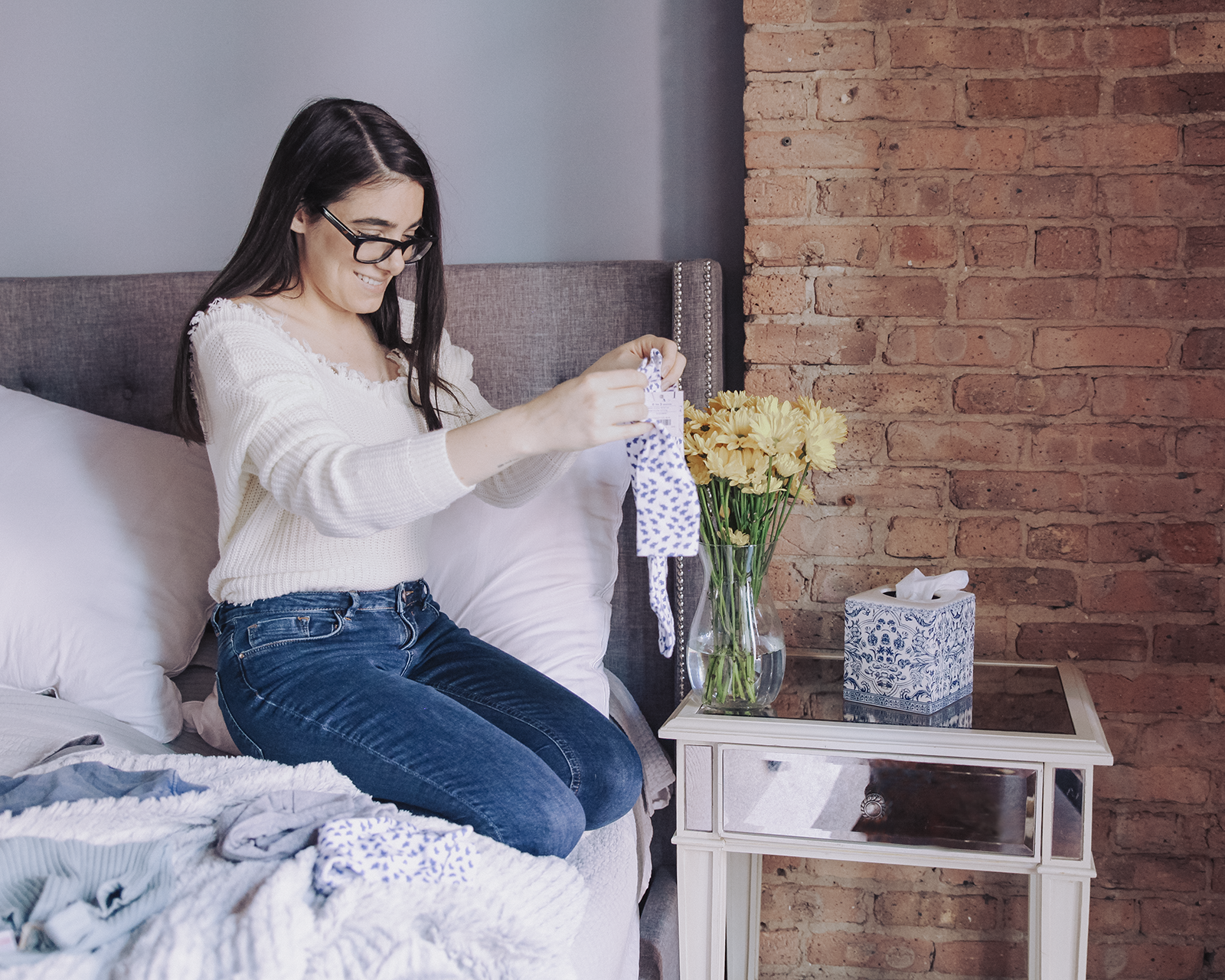 I shared earlier this year that I suffered a miscarriage from a pregnancy that was unexpected. It was a heart-wrenching experience that I won’t go into detail again, but unfortunately, I’ve carried a bit of that pain into this pregnancy. I don’t think I rushed into getting pregnant again, but I do think that no matter how much time goes by, when you go through a loss like that it sticks with you and it’s tough to shelf those feelings. I found out I was pregnant this time around very early at about 4 weeks, so I kept myself from getting too excited because I feared that it could potentially not work out (side note: some women miscarry that early and don’t even know it.) At around 6 weeks I started experiencing unexplainable bleeding out of nowhere. I rushed to the ER where they couldn’t give me many answers – a heartbeat couldn’t be detected because it was either A) too early – which happens often at 6 weeks or B) things weren’t working out. The good news was my HCG hormone level more than doubled which was a great sign that things were progressing.

I continued to bleed for another 4 long weeks. Just when I thought it was over, it would happen again. I kept getting check-ups at my doctor’s office and the closer I got to coming out of my first trimester, the better I felt. But I’d lay in bed at night, recalling the tears I cried when I miscarried and trying to convince myself that if it happened again, I’d get through it. It was so nerve-wracking but eventually, the bleeding subsided. Sometimes this happens for some women – it could be a sensitive cervix, a harmless blood clot, or just unexplainable, and as unsettling as it was, it did not interfere with my pregnancy at all. Everything was 100% fine and to say that was a relief is a major understatement. 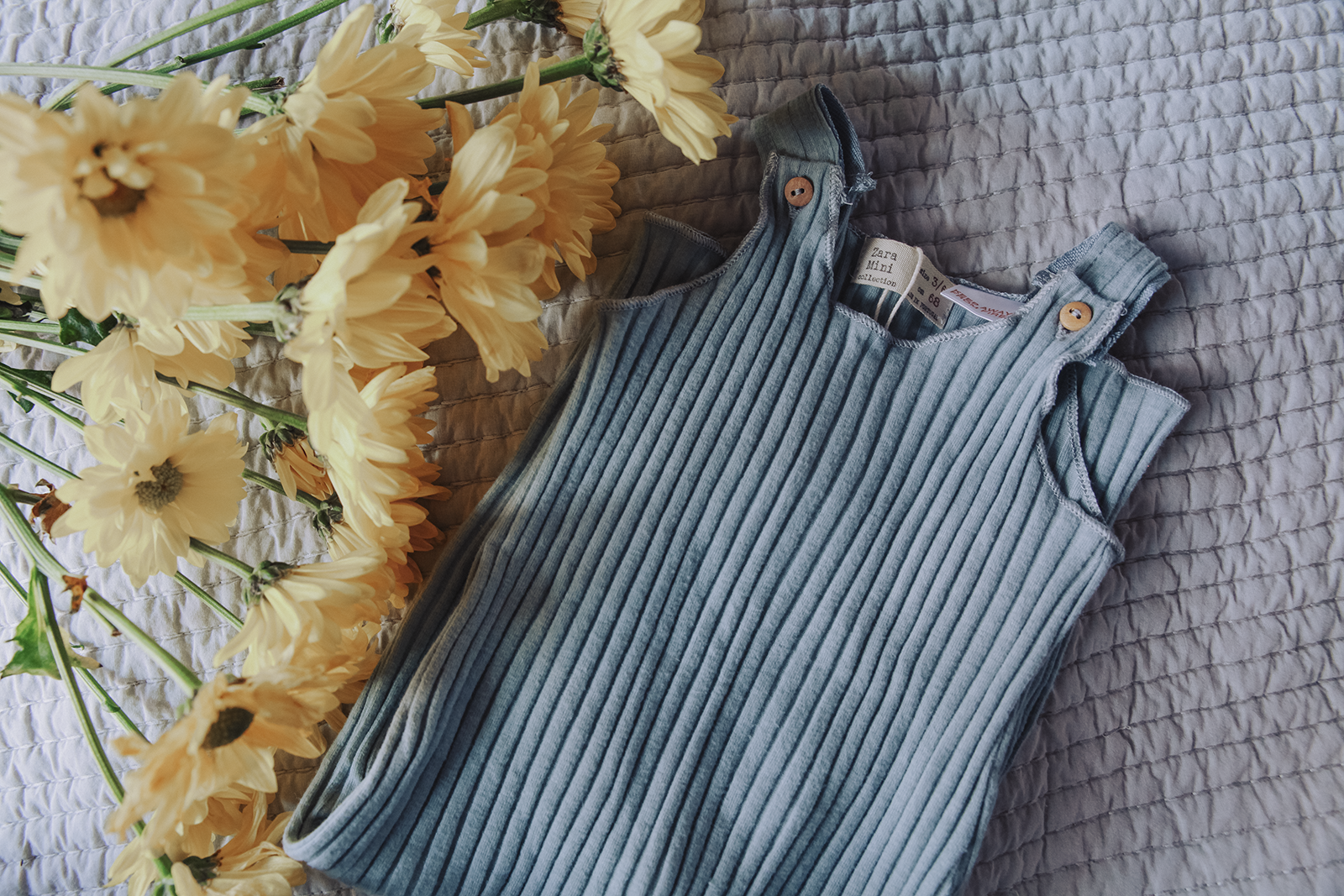 Still, it wasn’t until last week’s 20 week scan that I felt like I could breathe a little easier. It’s not that I had convinced myself something was wrong, but I was emotionally bracing myself for impact in case things went wrong. A couple of girlfriends suggested that I do one thing a day to train my brain to think positive thoughts, so I’d either buy a baby product, make a small plan for when he was here, or even pin something on Pinterest to put good energy out there. I’ve mentioned this before but I’m not someone who has always dreamed about being pregnant… in fact, I’ve always somewhat dreaded the day I’d have to go through it. So I think I shocked myself by how much I’d worry about every little thing. When I talked about this on my Instagram stories, SO many women reached out saying they had similar feelings. Whether they had experienced a loss before, or it was their fifth healthy pregnancy, it’s a fear that I think all pregnant women are familiar with. I’m also someone who has suffered from anxiety my entire life, so mixing that with a past miscarriage and a history of googling symptoms (DON’T. DO. THAT. EVER) and I was just so ready to get that 20 week reassurance. And a day before my birthday, that’s what we received! Talk about the best birthday gift ever.

Physically feeling, I felt like I had a hangover my entire first trimester… 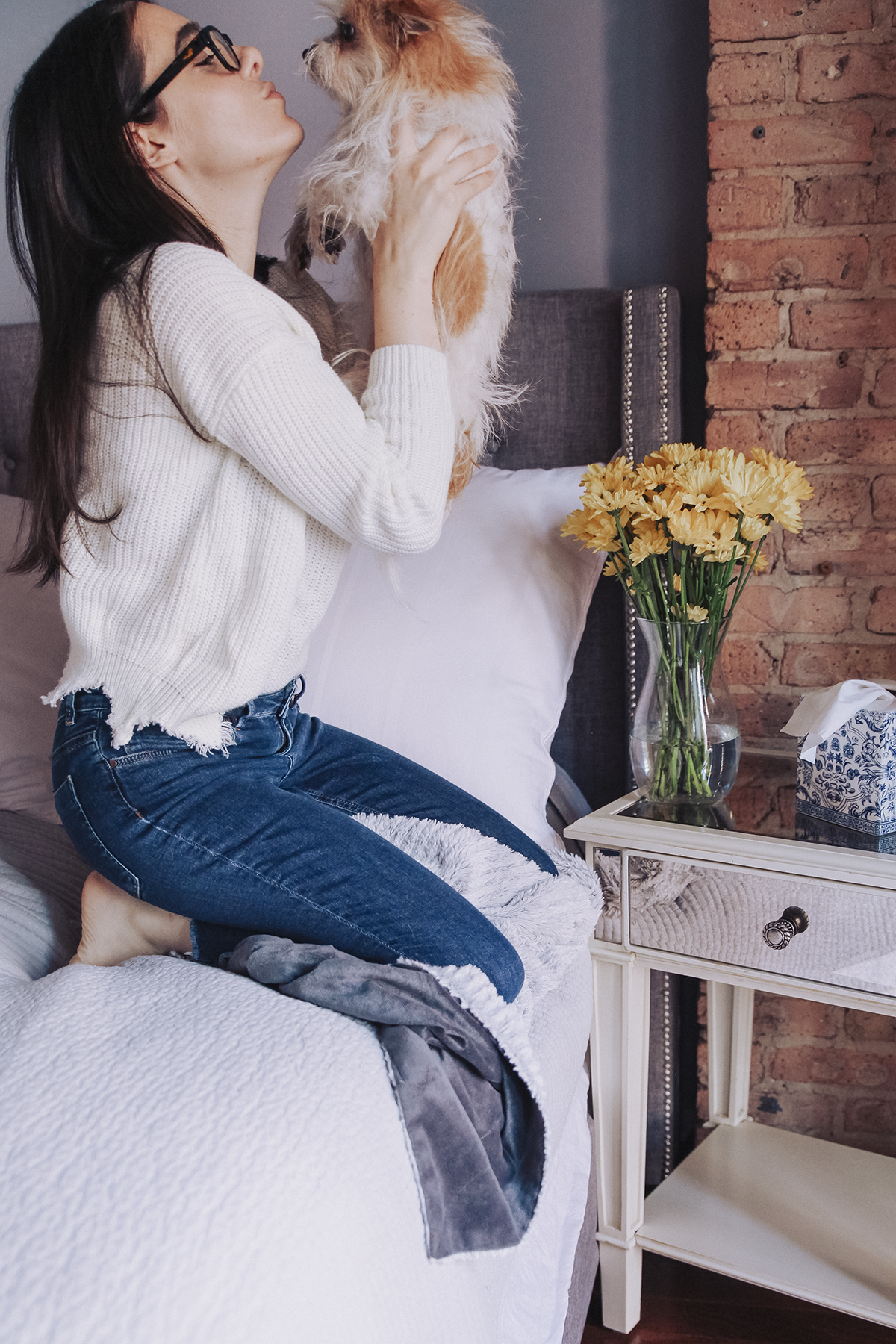 And what’s the point of feeling hungover if you don’t have a fun night-before story? My low moment in this pregnancy may have been pulling over under Lower Wacker to vomit my breakfast at 9AM on a Sunday. I’d like to think those driving by just thought I had a really fun night.

Hard boiled eggs were my life-saver. I’d eat them in the morning and snack on them when I got home from work, and they helped keep my stomach settled. I was extremely, extremely tired and didn’t feel my energy coming back until I was around 15 weeks. I’m anemic so it’s not surprising that pregnancy has made this worse, so any day I could nap was a glorious one. But other than the normal symptoms that most women go through, I really can’t complain. So far baby and I are healthy and happy, which is all any woman wants in the end.

I’m lucky enough to still be making my regular jeans work, which my doctor calls the “luck of the first pregnancy” because apparently you don’t show as early your first time around. I’m in the awkward stage though where at times I look like I just have a bit of a beer belly rather than a pregnancy belly, but I know when I’m close to the end I’m going to wish for this problem… so I’m enjoying it while I can!

And let me tell you something, you’re biggest help during pregnancy are other moms. My girlfriends and mom have been so helpful throughout my journey, with explanations on symptoms, product recommendations, and just overall support. I hope one day to be able to pay it forward because I don’t know where I would be without them. I also plan on sharing some products and apps that I’m loving during my pregnancy so stay tuned! 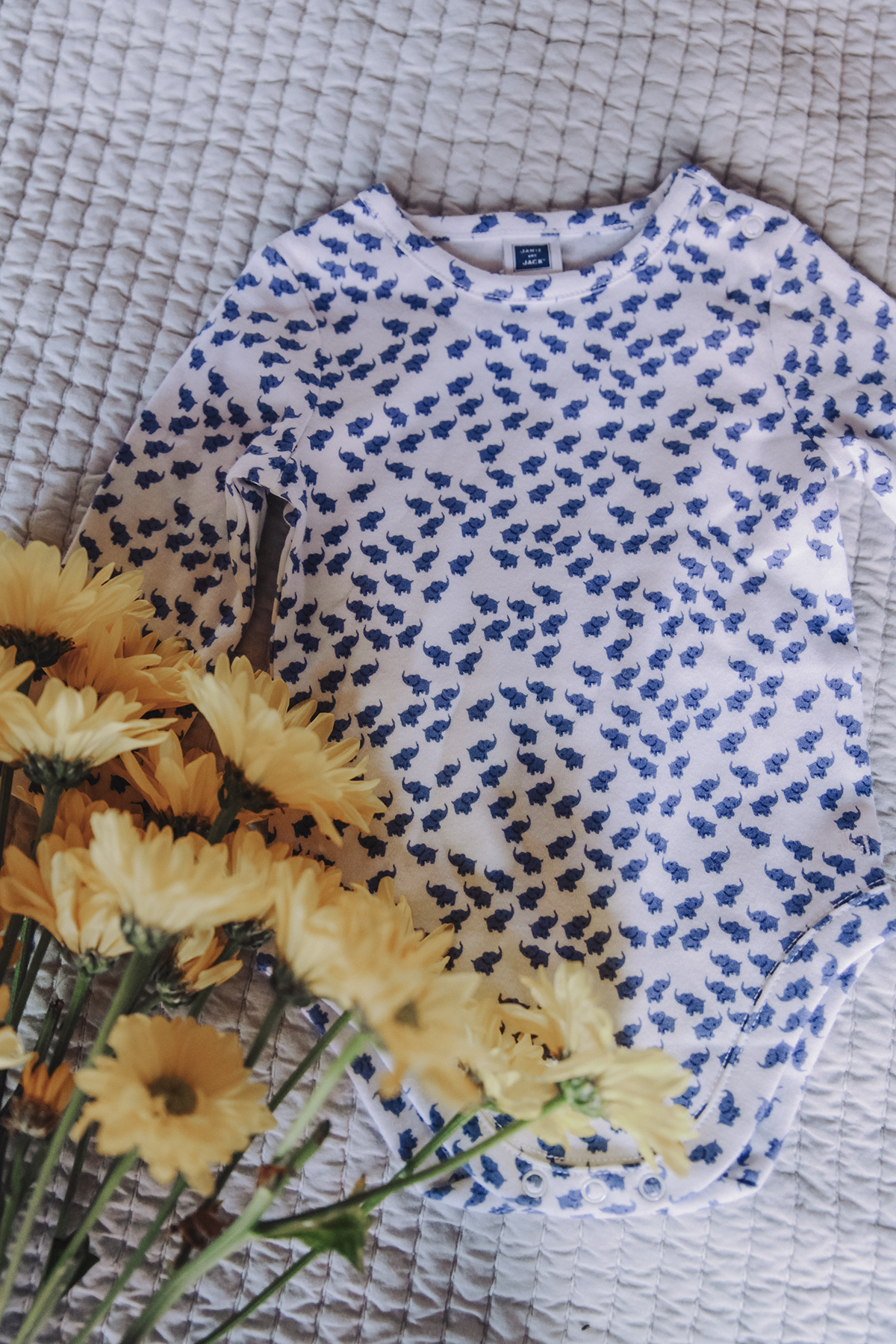 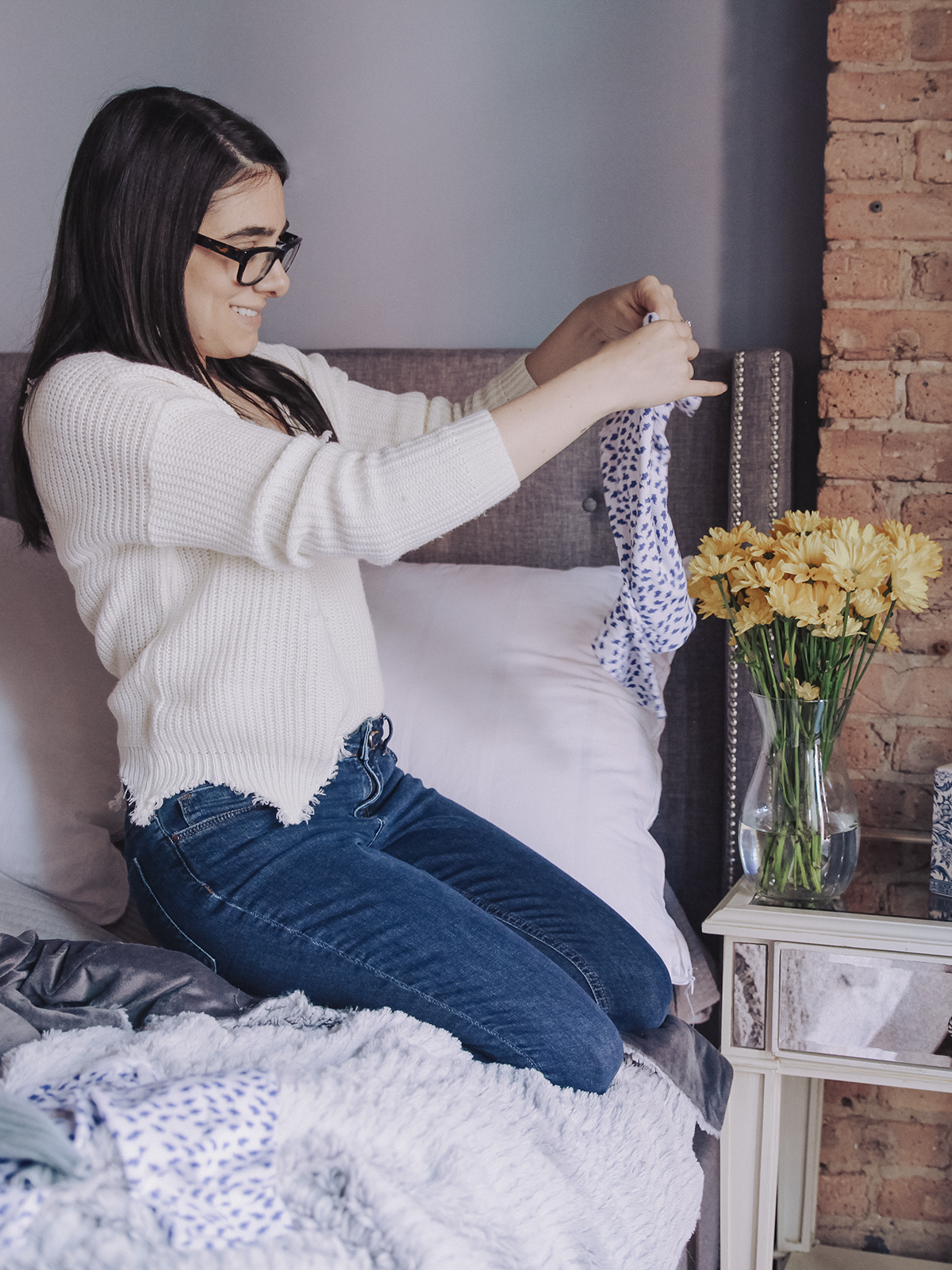 It’s hard to believe that I’m over halfway done and that in a little over four months I’ll be meeting my son. I’ve made a promise to myself from here on out to try and enjoy the rest of my pregnancy more (while I can see my feet, at least) and to get as much wear out of my high-waisted jeans as I can. And so far, I’ve been pretty dedicated to both.