“The first few weeks are going to be the WORST. Just remember that it will get better.”

I remember my friend Heidy telling me this right before I was about to have Jude. The moment I got to hold my son for the first time, I was on a complete high. It was the most beautiful experience I’ve ever been through and I remember sitting in the hospital recovering and thinking the hardest part was over. When you look down at your newborn, how can it not be smooth sailing from here?

And then the medicine started to wear off. The nurses stopped coming in to check on me, and weren’t there to help after my fifth failed attempt at swaddling, and I had to start trusting my “motherly instincts” that everyone swore would kick in. I put on the same clothes I had worn before – the sweatpants that had seen better days, but I refused to let go of solely for the comfort they bring – and tried desperately to throw myself back into a mundane routine. When I looked in the mirror, the same person for the past 31 years looked back at me, but at the same time, I was completely different. Everyone talks about how it’s so important to get to know your baby. Their sleep patterns, the temperature of the bathwater that doesn’t make them hate their bathtime, if they liked to be swaddled or not. But what about this other new person in the relationship? How do I get to know this new me?

About 70-80% of women will experience some form of baby blues after giving birth, which usually begins around four to five days after having your baby (source). I’ve suffered from anxiety my entire life and feared Post-Partum Depression when I was pregnant but had no idea that the baby blues was such a common experience. My feelings weren’t as intense as someone suffering from PPD, but between the inevitable hormone drop and the whirlwind of labor and delivery, topped off with no sleep, an aching body, and intense fears of tragedies like SIDS, the first few weeks were extremely overwhelming.

I spent so many late-night feedings scrolling through Instagram with tired eyes, seeing photo after photo of women looking bright-eyed and happy right after giving birth. I almost became somewhat desperate searching for a commonality. Their babies, swaddled in beautiful prints while they wore monogrammed pajamas, and here I was, barely holding it together on my third day without a shower. I would scour feeds of fellow moms who gave birth around the same time as me to see if there was any sign that they may be struggling like I was. Don’t get me wrong, I too was so happy to have my healthy baby in my arms, but I questioned if my struggle was normal. I obsessed over the thought that I’d never find my groove – surely, others had found it the second they had given birth. I worried that this was a me problem rather than simply an inevitable adjustment period that so many of my friends had told me was natural.

It’s important for me to make a point to say that nobody appreciates a pretty photo like me. I am guilty of these Instagram crimes, like posting what looks like an impeccable interior shot just to have a laundry mess right out of the frame, or a smiling selfie on a bad day. There’s nothing wrong with moms posting these adorable photos post-birth (and who is to say they’re lying? they could feel great and maybe they didn’t face the same struggles I did) but it should be noted that that’s not everyone’s experience. And at the end of the day, we’re all wearing diapers and becoming best friends with our spray bottles post-baby (if you know, you know). 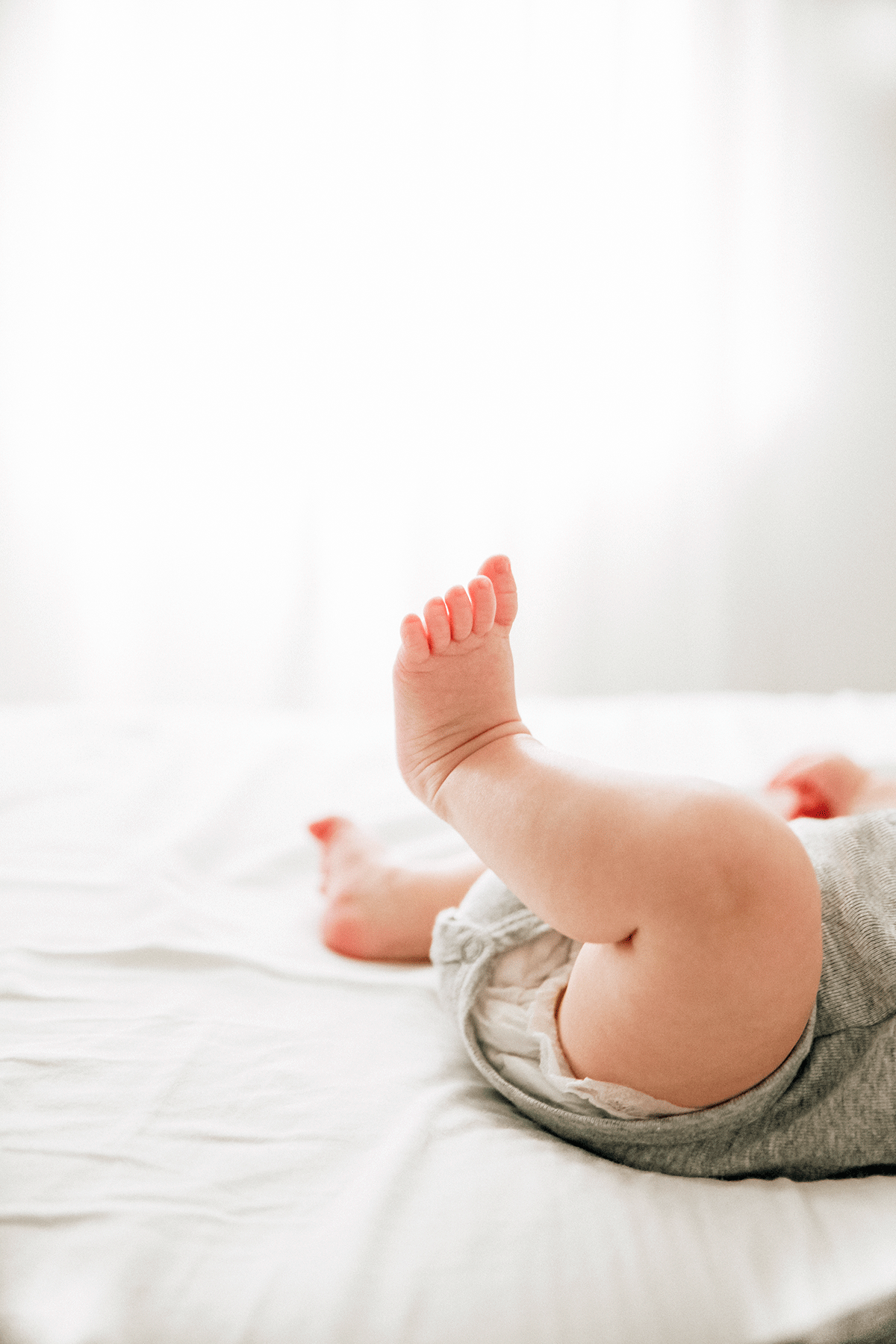 Part of me was also afraid I would be judged for being honest. I loved, loved, loved Jude the instant I met him. The second I laid eyes on him, the entire world made sense. Instantly, I couldn’t believe I had lived a life without him. But I was also petrified I wasn’t doing things right. That there was some secret manual everyone else was reading that I wasn’t. I was ashamed of my every day Google searches, as if the answers to my questions would have naturally come to me if I was one of those moms with the pretty photos on Instagram. I felt very lucky that I only gained 25 pounds during my pregnancy and lost majority of it within the first few weeks. Part of it I chalk up to genetics, but most of it was because I was too emotionally drained to eat. In the midst of the chaos (ironically enough, the worrying that my baby wasn’t gaining weight fast enough led to me not eating), I had lost my appetite completely. The vain part of me admits that the compliments on my weight were flattering, but part of me also wished that the stranger in Buy Buy Baby’s reaction to me just having a baby wasn’t on my figure, but instead was a pat-on-the-back for washing my hair and walking out the door in one piece. Instead, I would hold back tears and politely thank them.

It’s also important for me to point out that I am incredibly grateful for the helpful people in my life, and I am aware that I am in a position that so many women aren’t. I was (and am) incredibly lucky to have the support of my family and friends, and most importantly, a husband who has gone 50/50 into this journey with me. I was able to sleep when the baby slept because I had parents who washed bottles for me, a husband who would wake up to feed and change Jude, and friends who would come by to drop off food when I was too tired to cook. Never once did I have to do anything alone, but still, those first few days can feel lonely. I was surrounded by so many people eager to help, and my husband putting in as much work as he could, and yet still it was overwhelming. It’s not lost on me that so many women have done this alone, and I can’t imagine how tough that must be.

And then one day, I woke up feeling better. I started understanding that Jude needed to eat every 2 1/2 hours during the day so he could sleep longer stretches, a luke-warm temperature helped him enjoy bathtime, and that he did in fact like his arms swaddled to his side. But just as importantly, I started accepting the new me. I took better care of her body during recovery. I was kinder to her mishaps (like accidentally spilling breastmilk that was just pumped at 2 AM), and I didn’t shame her for having to google a question she should have remembered the answer to. As my hormones stabilized so did the chaos, and I felt more comfortable and confident in my decisions and my new normal.

In the process of navigating the baby blues and these natural first-time-mom jitters, I learned a lot (which naturally, I had to write about). Part of me wishes I could go back in time and shake myself during those first few weeks. How foolish I was to think ANYONE in this world knows what they’re doing when thrown into motherhood. And while every single person – and pregnancy – is different, I learned three important pieces of advice during this time. 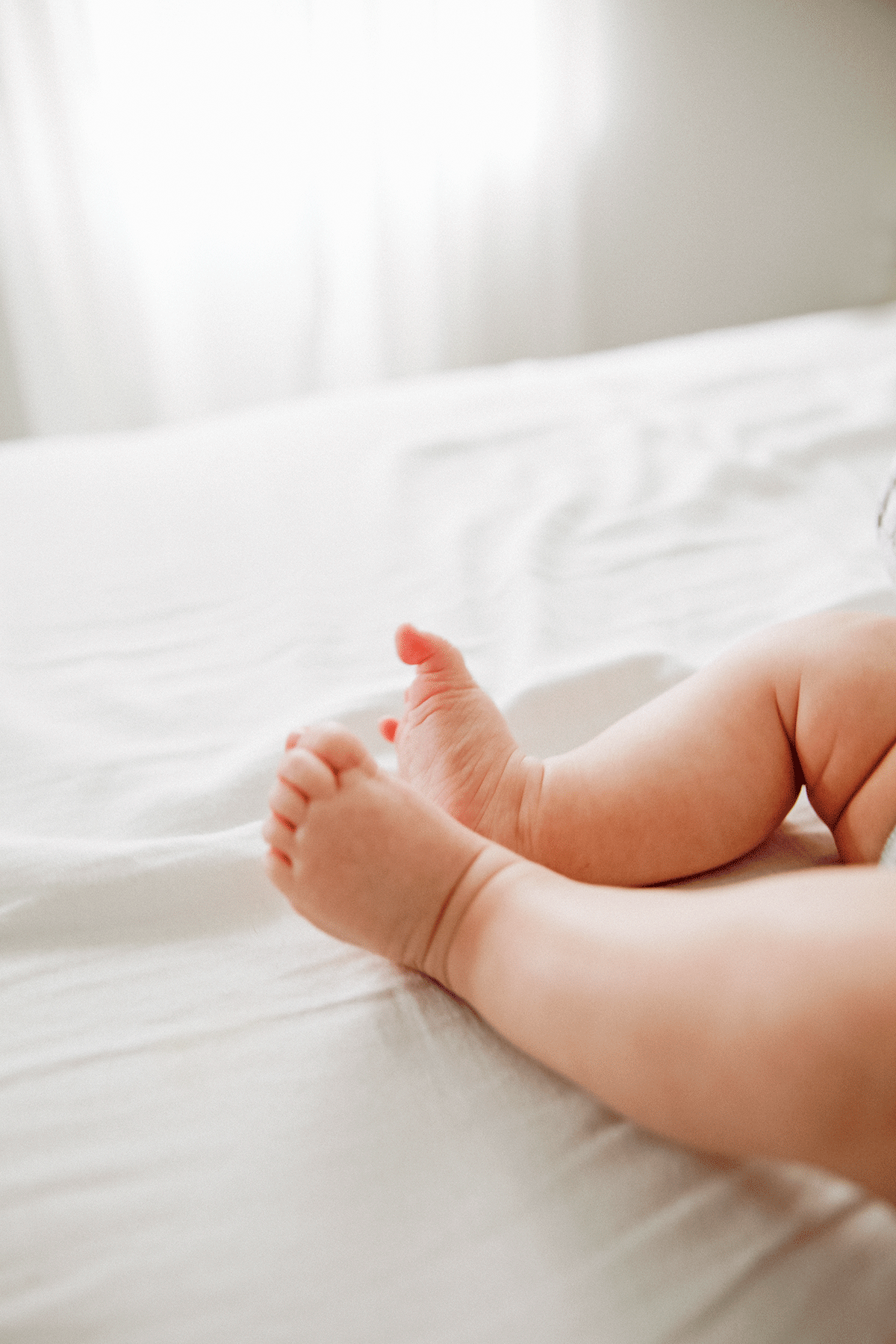 Say YES: I felt that I had to do it all after I had Jude. I had my husband, parents, and friends jumping at any chance to help feed, change, and take care of him so I could get some rest, but I declined the help because I thought I had to do it. If I couldn’t handle it now, what makes me think that I’ll be a good mom in the future? After breaking down crying in the kitchen because I was so overwhelmed, my husband forced me to take a nap (in which I agreed as long as he woke me in an hour). Five hours later, I felt like a new person. And guess what? Jude was absolutely fine. I slowly started letting go and saying yes to those who wanted to lend a helping hand, and in turn, I was helping myself while I got used to a new normal. Is a friend offering to come over and bring dinner? Say yes. Your parents want to babysit so you and your husband can have dinner out to feel like semi-normal humans? Say yes. Your baby is napping and you could use some sleep, but you feel bad the dishes aren’t done? DEFINITELY say yes. You’ll figure out how to “do it all”, but it’s a slow process that takes time.

Talk to your doctor: About a week after I gave birth my doctor’s office called to check up on me to see how I was doing. I was anticipating their call because, at that point, I felt like I was drowning and feared that I may be suffering from PPD. I shut my door and choked back my tears as I asked doubtfully if I’d ever feel normal again. It was so helpful to understand that there was a medical, justifiable reason behind my sporadic emotions. She explained that during those nine months my body was building baby, it was also building hormones that had suddenly dropped after giving birth. I hung up the phone instantly feeling better, and it helped me stop being so hard on myself. She had let me know what signs to look out for regarding PPD, which in turn helped me feel better about what I was going through.

And the most important part – you matter just as much as your baby does: One motherly instinct that kicks in for all of us is our tendency to put our babies before ourselves. And while Jude will always be the most important thing in my life, it is crucial that I also take care of myself as well. So much of your baby’s health is dependent upon your health, and you also are an important person is this new relationship. In order to have a healthy and happy baby, you have to be a healthy and happy mom. Your kind to your baby while they adjust to life outside of the womb, so why wouldn’t you be kind to yourself while you adjust to life as a mom? 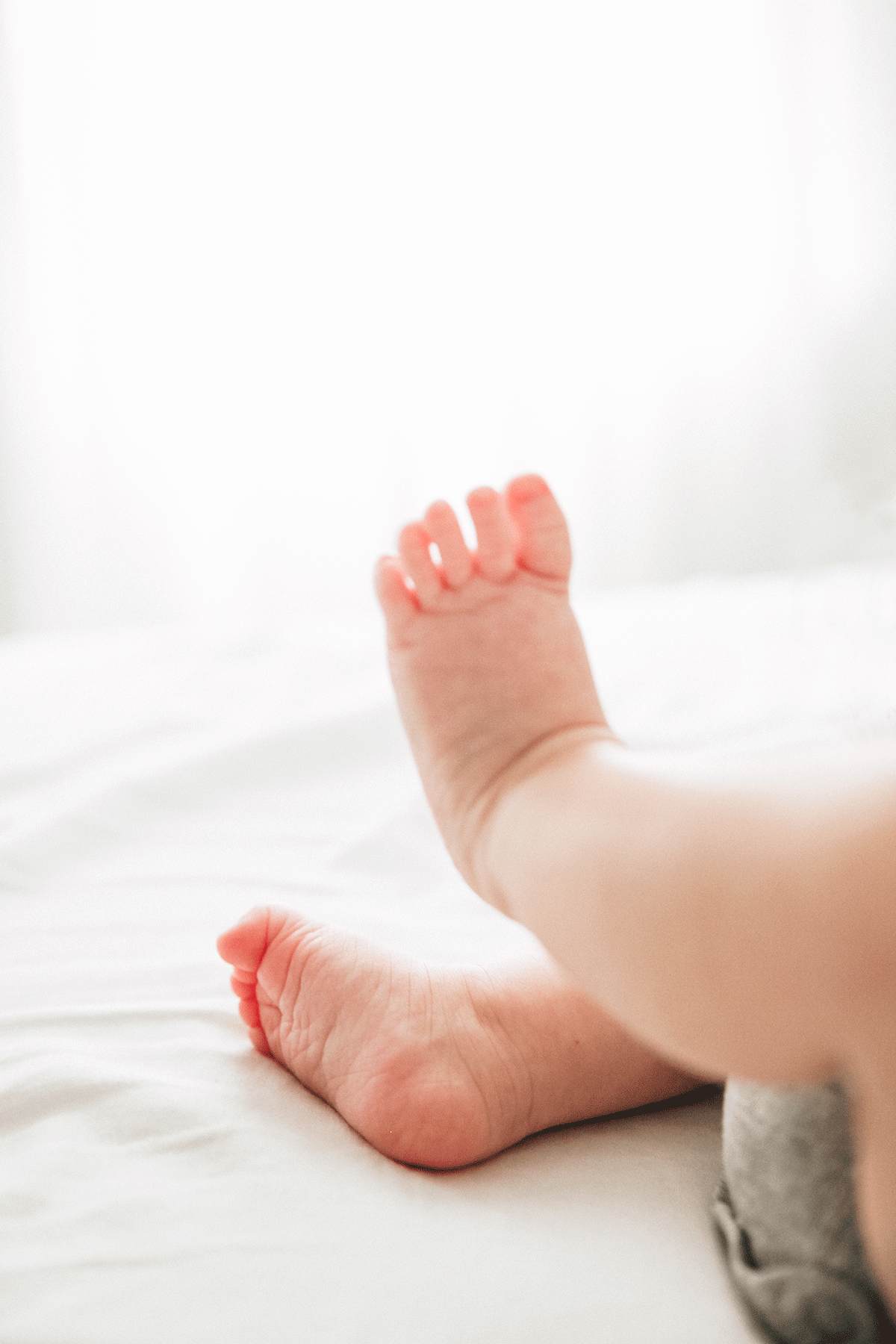 Truth is, no books or amount of advice can prepare you for motherhood. It is beautiful. It is the best thing that has ever happened to me. It is pure joy. But it’s fucking hard. And those first few weeks are some of the toughest you’ll face. They test your patience, your strength, and your sanity. But they’re also fleeting. And soon enough, you emerge from the newborn haze better rested, better adjusted, and you not only find a groove, but you find your groove – one that works best for you and your baby. I mean.. there has to be a reason why some of us do this more than once, right? But it’s important to remember there’s no normal way to go about this process. And no pretty swaddle and perfectly staged photo should make you feel different.