My husband and I first started dating in 2006, when I was barely eighteen and freshly in college. We dated nearly 10 years before getting married in October 2015 (a few more months and we would have made it to the big 10 mark), and while we broke up throughout the beginning of our relationship, we continuously found our way back to each other (I promise, this is the most mushy I’ll be getting in this post). You can just imagine the comments we – specifically I – got during those 9 years we dated, especially when we moved in together before being engaged. Does he have a commitment problem? Why would you move in before he put a ring on it? Are you trying to be like Angelina Jolie and Brad Pitt? We always laughed it off together, enjoying our time as boyfriend and girlfriend, and working on the personal goals we set for ourselves before we wanted to get married. I’m accustomed to the comments on the timing of my relationship decisions, from when it’s approrpiate to move in together to when you should get engaged and married, but nothing compares to the comments you receive after you get married. Newlyweds, get ready for them. 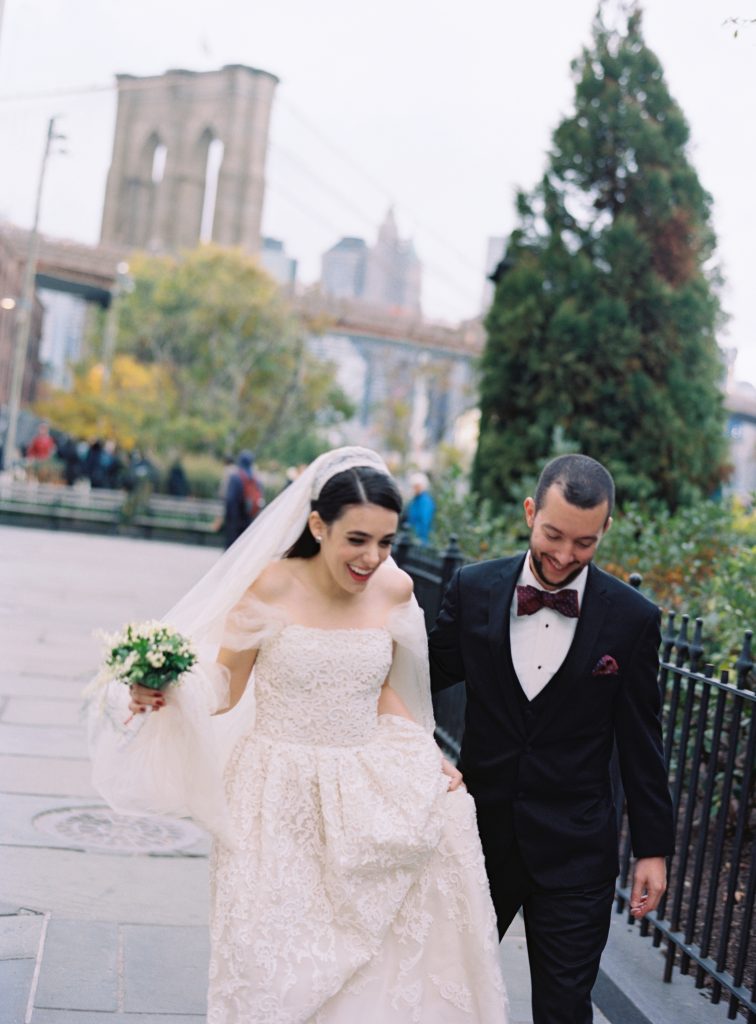 Babies. We all know the saying – first comes love, then comes marriage, then comes the baby in the baby carriage. But for my husband and I, love came fast, marriage came after I received my Masters and he established his career more firmly, and after over two years of marriage, the baby and the carriage haven’t been written into our story yet. Unlike many women who justifiably don’t like being asked about children, I do not mind at all when people ask me if we want kids. It’s the questions and assumptions that come after.

Even if people don’t say it, their body language and looks give off what they’re thinking. Usually the comments or thoughts lead to people thinking that I want children but my husband isn’t ready, I physically can’t have children, or that there’s something wrong with my marriage. Truth is, my husband and I want children, or a child depending on how life turns out, but we both have really been enjoying being married and admittedly, selfish. We’re big on going out to dinner and going to the movies late at night, or laying in bed on a Sunday until noon watching reruns of The Walking Dead. I know life doesn’t end when you have a child, but I also know our comfortable routine and laid back days will drastically change. And it’s not that I don’t want that – I can’t wait for that – but we didn’t want to let that go right away. And can’t it be as simple as that?

Still recovering from by big 3-0 hangover, I’m aware of the dooming biological clock (I mostly wanted to say that so I can share this), but I’m probably most offended when people bring up my age. “You know you don’t have all the time in the world” is a sentence I hear more often than not when the subject of babies is casually brought up and I can’t help but feel a wave of anger when it’s said to me. Truth is that I know I don’t have all the time in the world… for anything I want to do in my life, really. Like building my career, or take more spontaneous trips, or getting an advanced degree. See where I’m going with this? Time can be a very anxiety-inducing thing, and we all have goals we want to hit before we reach a certain age, and sometimes babies is on that list or can get pushed towards the bottom. Thirty isn’t geriatric, and first-time mothers are more likely to be 35 or older than their counterparts from two decades ago (source), and the number of women becoming mothers in their 20s continues to drop. Plus, it’s incredibly insensitive to women who are older and may have that worry in the back of their mind, but haven’t met the right person or want to establish their career more before they dedicate the next 9+ months brewing a baby. So the next time you question a woman’s choice to wait a little bit to have children, check your ancient thinking at the door.

And the struggling thoughts of having children don’t stop at the age factor for women. Between 10 and 25% of pregnancies end in a miscarriage (source), and while the topic isn’t as taboo as it once was, the psychological effects can be devastating for women. One of my closest friends Heidy recently wrote about her miscarriage and it broke my heart to see how difficult this was for her to go through (side note: she’s pregnant and expecting a healthy baby in June!), and while it’s incredibly brave of her to share her story, it’s not the route that some people take, so it’s something people need to think about before blindly asking someone why they don’t have children.

I’ll continue to roll my eyes when people give me a look when I don’t order a drink at dinner (admittedly, it’s uncommon for me to pass on a glass of wine), or chuckle when someone makes a sly baby joke that I’ve probably already forced myself to laugh at many times before. And again don’t get me wrong, I love talking all things babies with other people. As someone who is over-the-moon joyous that all of my closest girlfriends are having babies (being an honorary aunt is one of my favorite jobs!) and pretty much an open book on my personal life, I welcome the discussion on future children. Is that future sooner rather than later? That’s something that we’re discussing, but our hopes are sooner. I just think it’s important to be sensitive to what a woman may or may not be going through, and to keep your baseless assumptions to yourself.