The “c-word”. That’s what my husband and I used to refer to colic when we were pregnant with Jude. Every expecting parent hears the horror stories of babies screaming crying for hours on end, only to be told that their baby’s discomfort is colic and there’s essentially nothing they can do. It was a big fear of mine when Jude was born, and I was thankful that he was a pretty great newborn. When Heath was first born, he slept really well in the hospital, but around 2 weeks old, things changed. He started crying uncontrollably, arching his back, and showing us signs that he was in serious discomfort. I will never forget one night he was crying so hard that he seemed to have stopped breathing. His face went purple and he stopped making noise, and my husband and I were frightened (we learned from the pediatrician that this is okay, and if it happens again to gently blow on his face to encourage him to take a breath. Thankfully, it never happened again.) 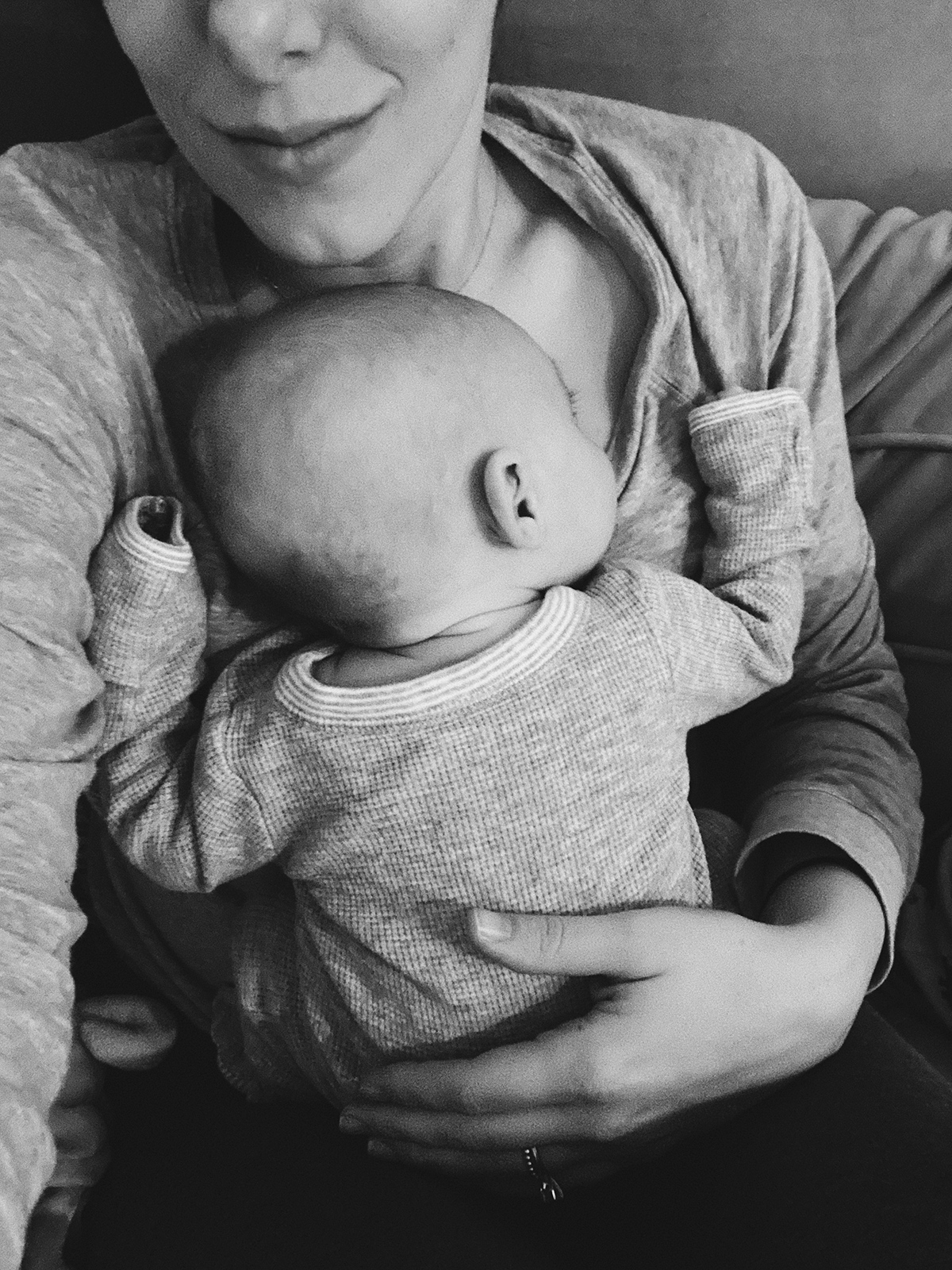 We were back and forth to the pediatrician constantly and saw various doctors since the kids’ normal pediatrician was out of town for a bit. Frankly, it was exhausting. We felt helpless as we tried everything they suggested hoping something would help. I think the worst part was we never truly found an answer. Heath was diagnosed with silent reflux, which I think he had, but when we treated that problem he still seemed to be in discomfort. Then one day the pediatrician finally said the phrase I knew was coming… “I think your baby is just colic.” It almost felt like the pediatrician was giving up on helping figure out the issue, and I honestly can’t blame her, because there’s just so much they can do. Still, it leaves you completely helpless when your baby is uncontrollably crying and there’s nothing you can do. 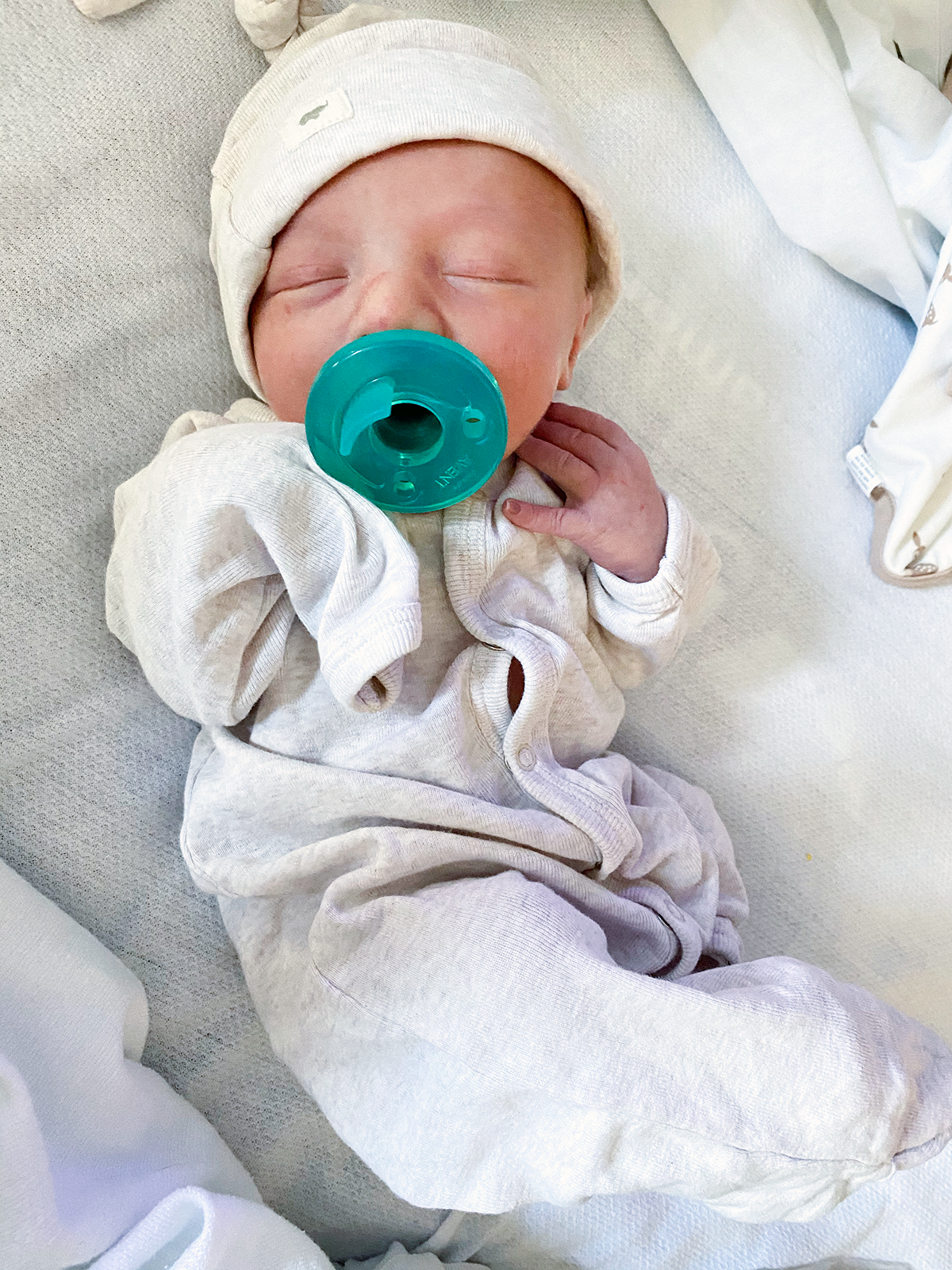 Colic is described as frequent, prolonged crying in a healthy infant. Yes, that’s it. It’s a very broad definition for a broad problem with many, many tips and tricks that seem to fall flat (at least for us.) We always say how grateful we are that this happened with our second child because we were so aware of how fleeting the newborn days are. With Jude, I also suffered from the baby blues and Post Partum Anxiety (PPA), so I could not imagine having an extremely fussy newborn in such a fragile mental state. Still, there were many times where we cried along with Heath.

It’s important for me to note that while those days felt exhausting, they did end, and Heath is now the easiest, most chill baby. I always thought Jude was the easiest baby in the world, but somehow Heath has him beat. He rarely cries, is so happy to go to sleep (I just lay him down and say goodnight and he puts himself to sleep), and he’s very easygoing with his schedule. So if you’re going through colic, know that this is not a reflection of who your baby will end up being. 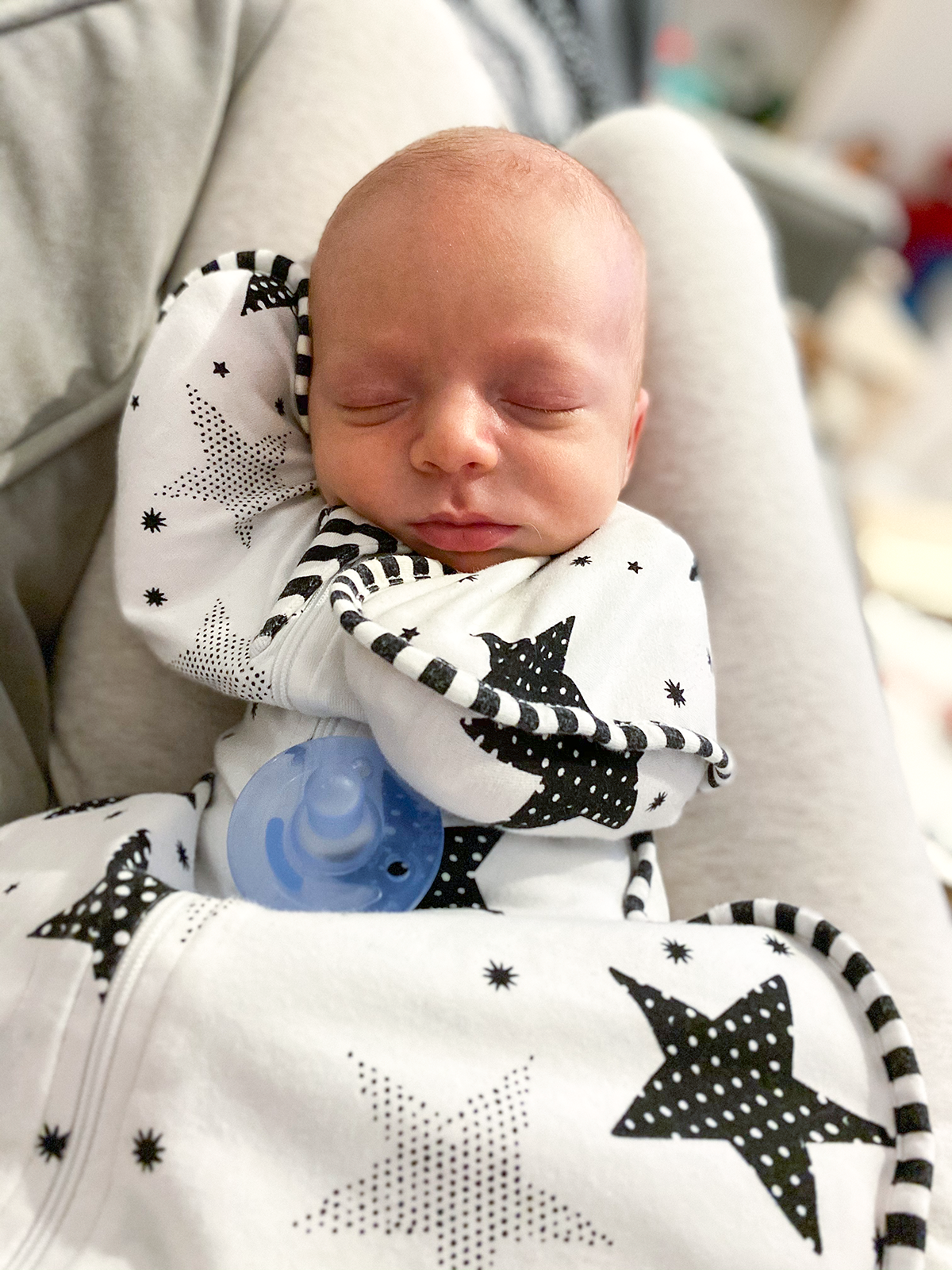 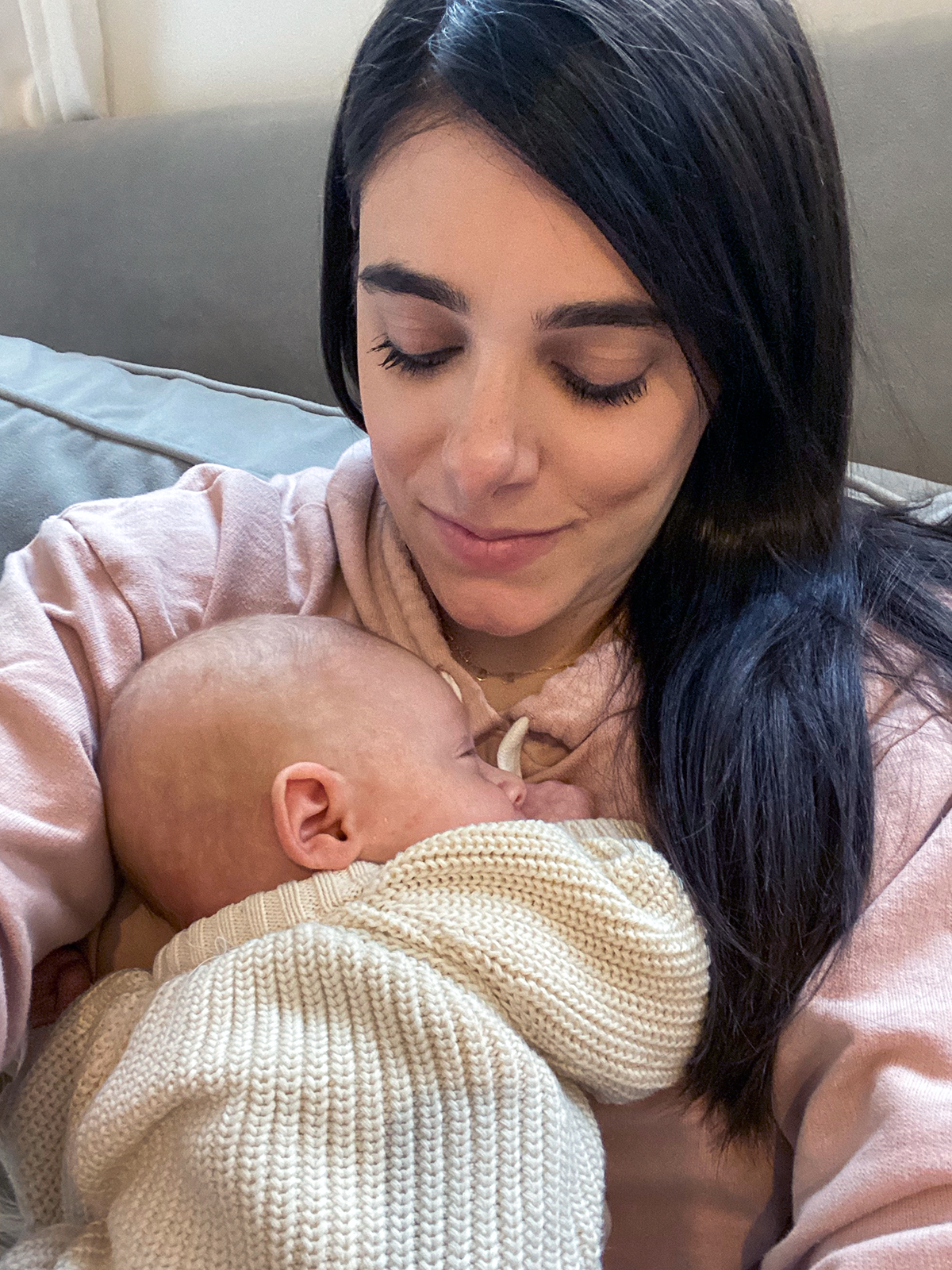 It seems like we tried everything under the sun, and here’s what we found helped:

The 5S’s: Harvey Karp’s popular 5S’s have been regurgitated in many sleep plans and there’s a reason why. It’s a technique that helps newborns calm down and fall asleep, and really can help with colic babies. The S’s stand for swaddling the baby, holding the baby on their side or stomach, making a loud “shhhhhhhhhh” sound in the baby’s ear loudly, gently swinging the baby, and having the baby suck on the pacifier. Every time Heath got into a crying fit at night, I would do this and gently lay him down. It helped signal bedtime for him and also helped make him drowsy. Here is a video on how to do it!

The colic hold: You can google this but essentially, it’s holding your baby draped across your arm to put pressure on their stomach. This helped Heath a lot, especially when I’d burp him this way patting his back in an upward motion (first hitting the small of his back, then middle, then upper back.)

Feeding Techniques: So much of colic is around how and what the baby is eating (or so we’ve been told, who really knows) and we had some success with implementing these techniques

The Windi: Okay… this is pretty gross. But my God, when it’s 3 in the morning and your baby is screaming in pain, you’ll try anything. There’s also some negative talk about it, but it was recommended to us by the doctor and worked really well when we knew he was having stomach pains. We were just sure to not use it often.

When all else fails… give a bath: I found that baths helped “snap” Heath out of his crying spells. When he was super uncomfortable and nothing seemed to console him, a nice warm bath would help settle him and calm him down. We would always follow them up with lotion and a massage, which would also tire him out. 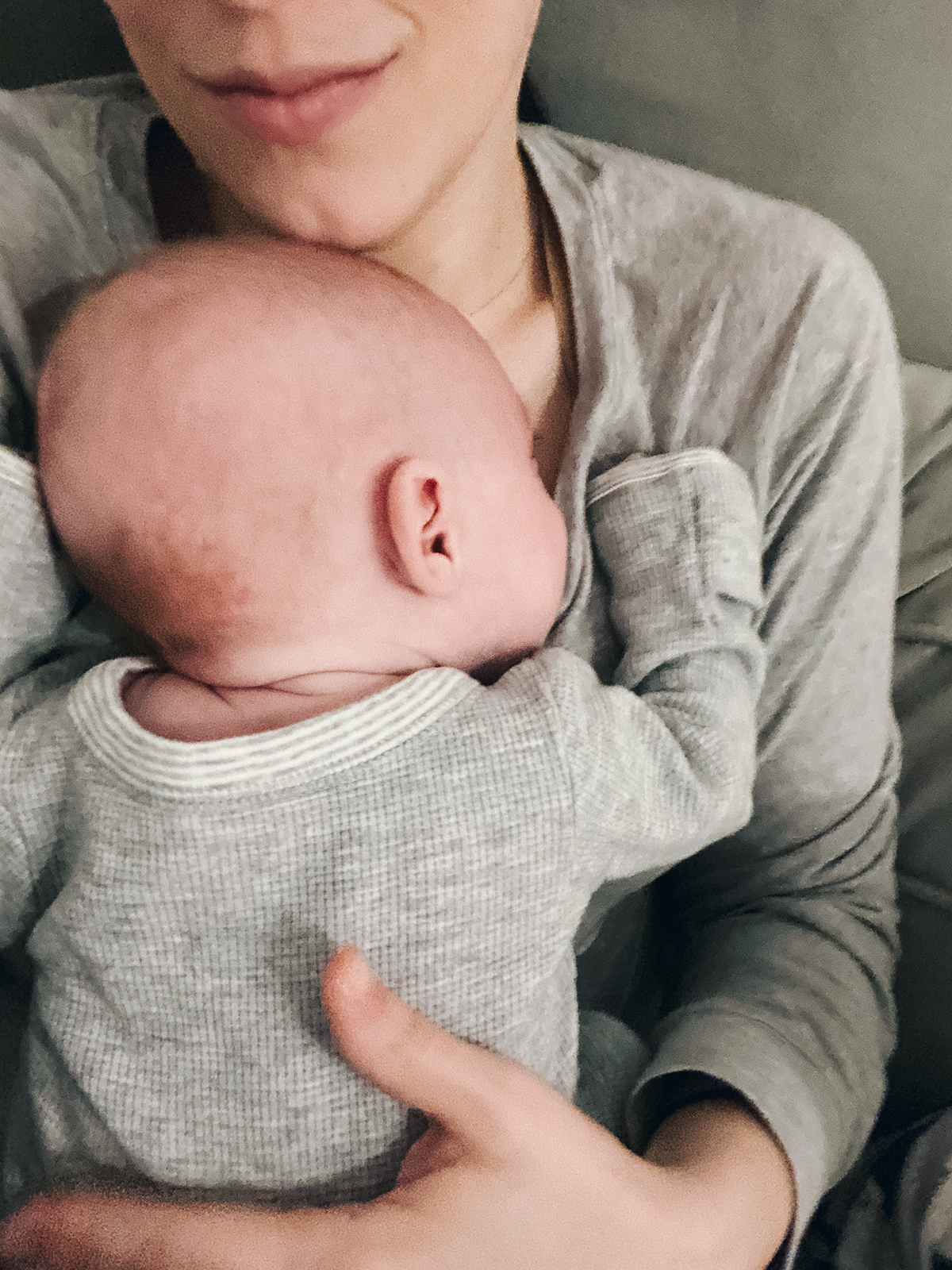 I should also mention that Heath was put on reflux medicine, which helped a little. Putting our young baby on medicine so early in their life wasn’t something we really wanted to do, but we couldn’t stand seeing him in such discomfort. When you see your baby in that much pain and you’re that sleep-deprived, you’ll try anything! Thankfully he was only on it for about 6 weeks.

There were many things we tried that failed us, but have helped others. Here’s what didn’t work for us and things we didn’t try but have heard helped. 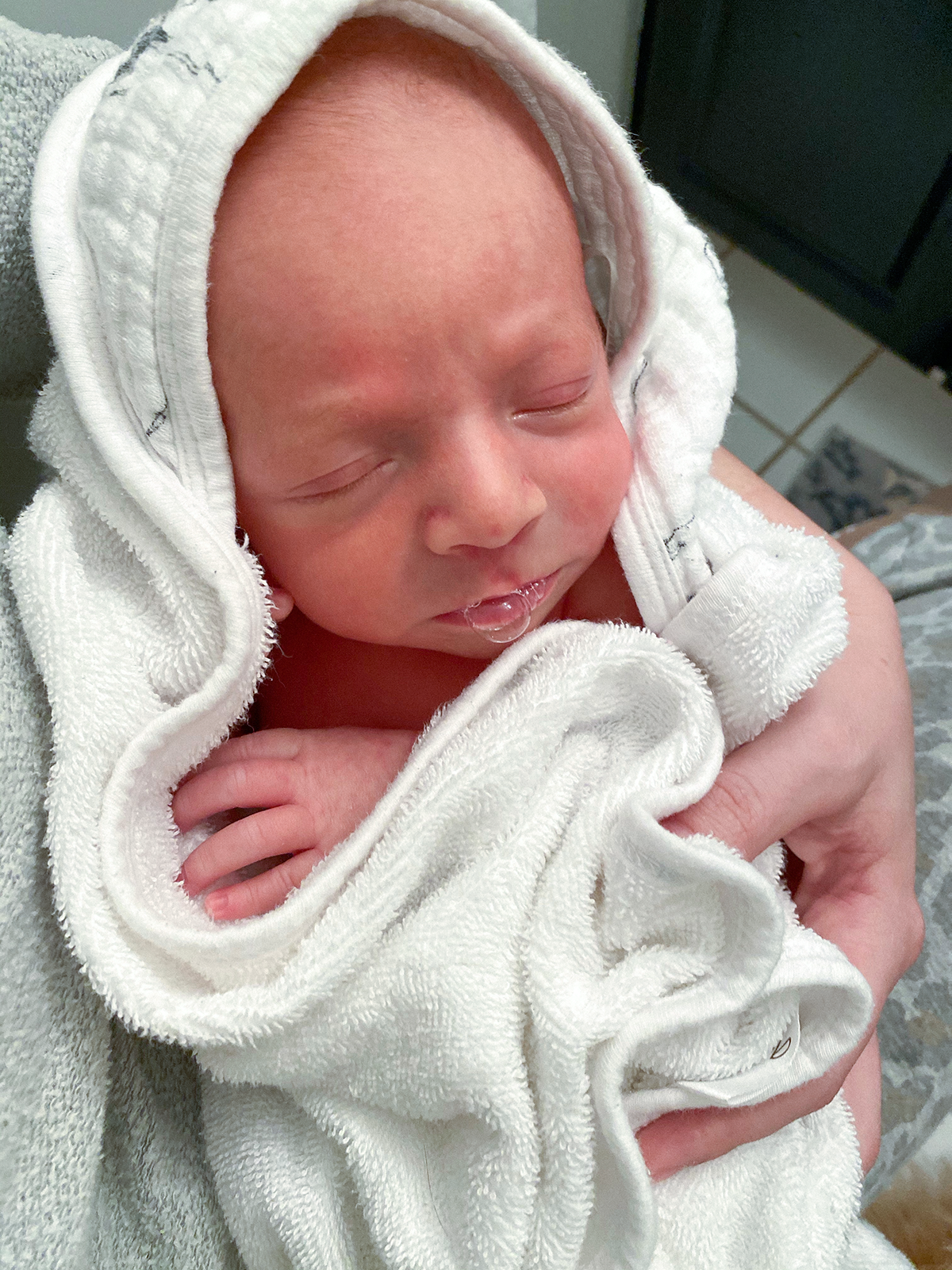 Ultimately, time was the only cure for Heath, which is the last thing parents dealing with colic want to hear. But it’s true. One day it just stopped and Heath was this happy, chill baby. My husband and I say we can’t believe this baby was the same newborn who was so uncomfortable. Now when he cries, which is so rare, it’s always for a reason. But he spends most of his days smiling and laughing! So if you’re in the thick of it, or just dealing with a typical, fussy newborn, know that these days will soon be behind you. You’ll forget how hard it was (until you look back on photos) and even contemplate doing it again. 😉